This post is a few days behind schedule due to the fact that we had some issues with internet connections while traveling.

It’s  April 9th and we are on our way to Seoul, Korea. We can’t believe our road trip is over and we are about to cross the Pacific. We drove 8,104 miles during our U.S. and Canada road trip in less than 5 weeks and we still like each other. One of the major things that we took away from the road trip is that you could easily spend 18 months in North America alone. There are so many stunning things to see and do. We really live on a beautiful continent and we are glad that we took the time to explore it before heading abroad. We had some great times during our road trip but are excited to now log some miles in the air.

When we last posted we had just arrived in Houston. We spent several days visiting with Michael and Erin (Leanne’s brother and sister-in-law). They were fantastic hosts. We visited the Houston zoo and made our way to College Station to see a private screening of “41”, an HBO documentary about President George Bush that will air sometime in June. We were fortunate enough to meet President George Bush! He is one witty man and has some stellar taste in clothes. He is generally an all-around nice guy. 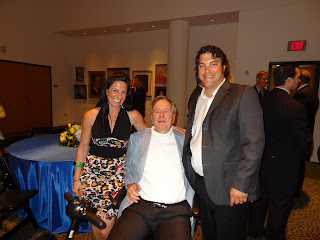 After the event, we headed over to one of Josh’s favorite watering holes from his college days called the Dry Bean.  One shot turned into four because they offered so many interesting shot combinations. 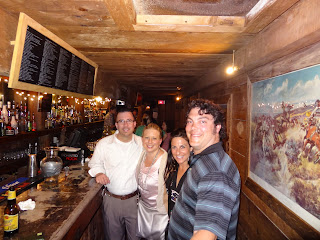 We headed back to Houston and departed for San Antonio the following morning. When we arrived in San Antonio we realized that we were actually flying to Seoul on the 9th and not the 10th like we had thought the entire road trip. You might have noticed in our last blog we even stated that we were leaving on the 10th. Oops! Panic set in as we realized we had one less day to run the millions of errands we had left to do before heading out of the country.

We spent the first few days running around town like it was our job.  After putting a huge dent in our To-Do list, we finally were able to enjoy some quality time with family and friends.  Josh hung out with his old college buddies in Austin on Friday. Leanne thinks he may have had a little too much fun since she didn’t hear from him all night and when she returned from running a race the next day she found him curled up in bed at the crack of noon. Leanne ran one last 5K race with Beka (Josh’s sister) and they wound up doing really well in the race.

Our good friends, Mike and Lynn Mireles, threw a San Antonio going away party for us and sent us off in true Texas fashion. We had so much fun and will really miss all of our friends. We feel fortunate to have such wonderful friends in a city we don’t even live in.  San Antonio will always have a special place in our hearts. 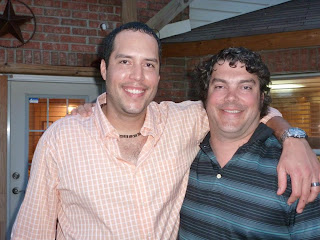 Sunday was Easter and we had some good quality family time. We went to church, watched the kids own it at an Easter egg hunt, and ate some great food. 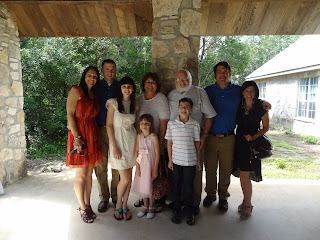 The night before we left we spent several hours packing and repacking our bags for the trip. It took Leanne several tries but she finally made some much needed cuts to her clothing supply and was able to get her bags zipped. It is quite difficult to fit all seasons of clothes in a carry –on sized bag.  We still feel like we are bringing way too many things so we are sure we will be ditching items along the way. Leanne’s bag is almost as big as she is but that is not saying much.

We took care of our truck by treating the gas for long-term storage and covering it since it will be parked for a really long time.

Our bags are packed and we are on our way... 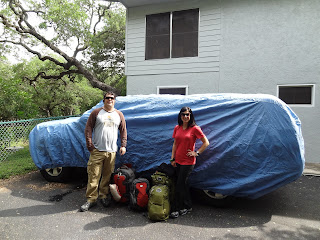 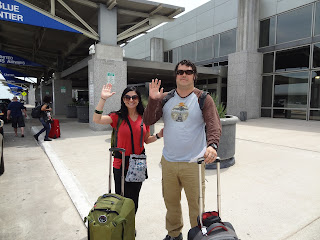